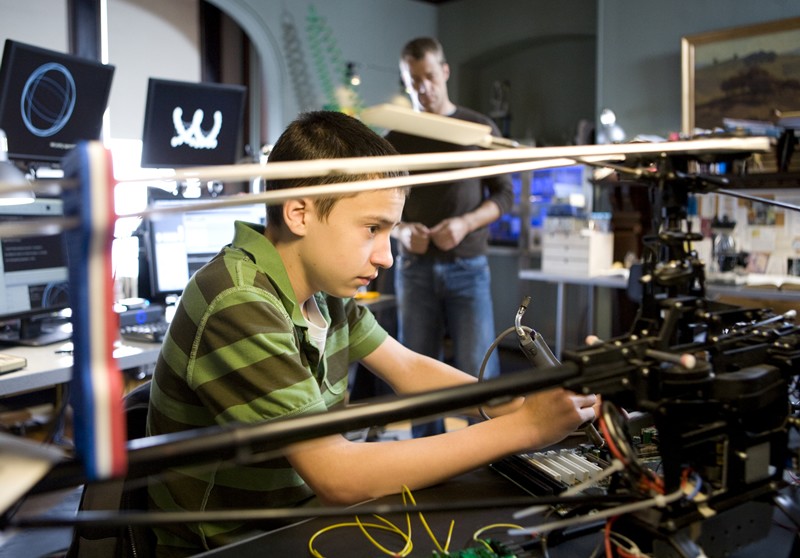 Matthew Hanson, called Matt, is a true genius. He has already developed a computer that talks to him. Another small device can be used for quickly changing traffic lights. Matt is a teenager, but already a member of an internationally recognized research institute. There he is known as Dr. Hanson and has his own office. For quite a long time, he has been working on a new invention. It will be a sensation. Although Matt does not sit in the office, a special glass creates a deceptively similar virtual image of himself. Soon Matt feels persecuted. He knows his invention is groundbreaking, and thus dubious profiteers show an interest in his secret. But oddly enough, they also follow his girlfriend Alice. There is no apparent reason for it. She leads the normal life of a teenager and lives alone with her father. One day, Alice discovers her photo on a milk carton. She would be missing. But who is looking for her? Her father denies. He seems to be hiding something from his daughter. But Matt and Alice are persistent and disclose the secret: Alice's father had turned King’s evidence in legal proceedings many years ago. Due to his statement Eddie Skinner had to spend many years in prison. The family became beneficiaries of the witness protection programme. Now Eddie is free again and wants to take his revenge on Alice's father. And he has his eye on Matt's invention.