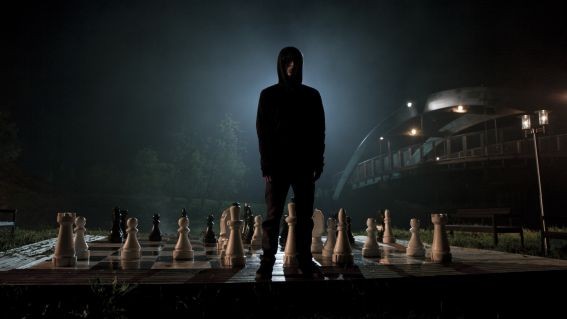 Yuri is 18 years old and addicted to computers. His room is always dim; he sits in front of the PC and plays for hours. Sometimes he even forgets what day it is. His mother, the class teacher and his girlfriend Mia are very worried. When Yuri comes to school completely pale and with red eyes once again, Mia urges him to take a decision: either she or the computer. Yuri throws away all his games and vows to leave his PC alone for the time being. But then at night he meets mysterious Niki, his web friend of the same age, who tells him he is pursued by online gamblers. Yuri takes him to his home and lets him stay there overnight. There he discovers a tattoo containing a Web address on Niki’s upper arm. When he enters it into the computer, he is invited to play a strange game. He is given the user name of “Rat King” and is supposed to fulfill simple, funny tasks at first - not on the web, but in real life. And the higher the level is, the more dangerous and criminal the orders get. Until Yuri realizes that he actually gambles for his life.