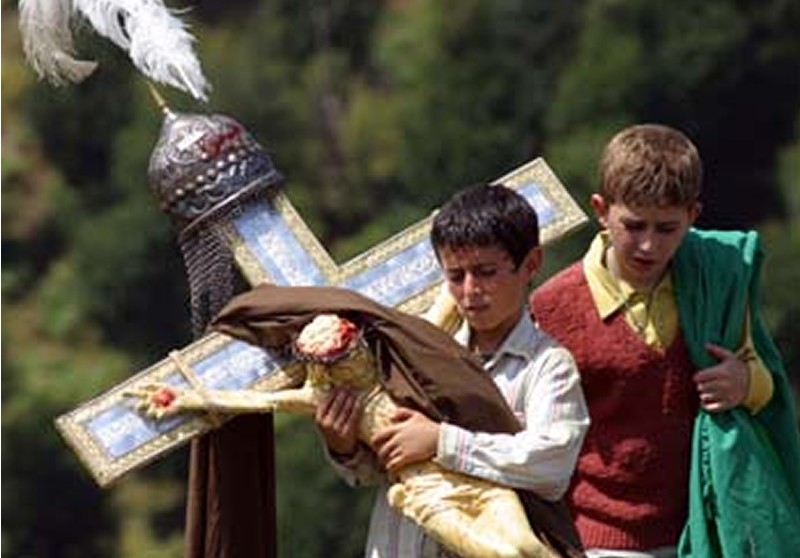 Aliyar lives in a mountain village. Because his friend Gholam Hossein frightens him over and over again, he wants to give him an apprenticeship. With a sheet ghost he expects him on a narrow path, along it Gholam rides. And then it happens: The mule shies, the boy overthrows the mountain down and appears to be dead. Aliyar doesn't tell anybody something about the accident, but he wants to bring him back to life again. During Gholam's mother already cries about her son, Aliyar desperately is looking for help in the village. However, who could help him? The doctor or God? And if that, who? The God of the Christians or that of the Muslims? The film analyze huge ethic and religious problems through child's eyes. The Red Robin (Linnet) is a rare bird with a big red stain on his head.