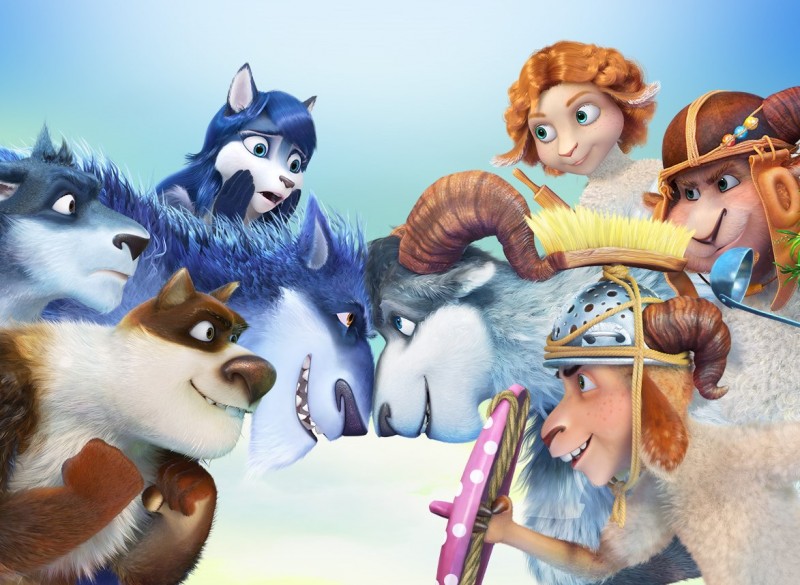 A peaceful flock of sheep lives in an idyllic countryside when their world is rocked by the arrival of a wolf pack. But the wolves’ world is chaotic as well. Their leader has resigned and now Gray, a rascal and popular member of the pack, wants to defy bloodthirsty Ragear in a tough duel in order to become the alpha male. He also wants to impress his beloved Bianca. A magic potion administered by travelling people is to solve all problems. Yet he soon realizes that he is no longer a wolf, but a ram! While Gray is trying to find his way in his new shape in the sheep village, a clever member of the herd is coming closer to revealing Gray’s secret. In the meantime, Ragear is named the leader of the pack and is planning to attack the sheep flock. As if Gray did not have enough to worry about, in addition to rescuing the village, he has to take care about his own reconversion, convince Bianca of his love and keep his secret.