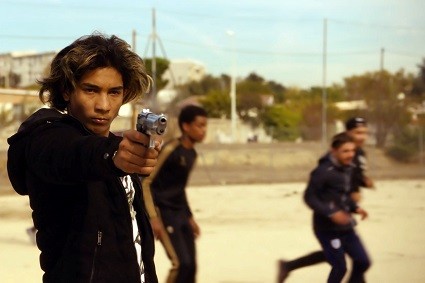 Zachary has barely been able to breathe the air outside prison bars when he is at the point of getting involved in illegal street sales in Marseille. He is only 17 and seems to have learned little from his mistakes. He is rejected by his unemployed mother and is to be transferred to a juvenile centre in Toulon to begin a new life. Again he prefers the streets of Marseille, where he soon meets the girl Shéhérazade. She earns her money as a prostitute at night and finds a pimp in Zachary, maybe even more. Initially uncertain of his love for her, he soon realizes that she means more to him than the money she brings him. Driven by his feelings, he takes on the role of a protector and even opposes his best friends – thereby literally walking over dead bodies. Between the harsh rules of the street, honour, friendship and love, he gets the opportunity to bear responsibility for his mistakes, and maybe do the right thing for the first time in his life: telling the truth.