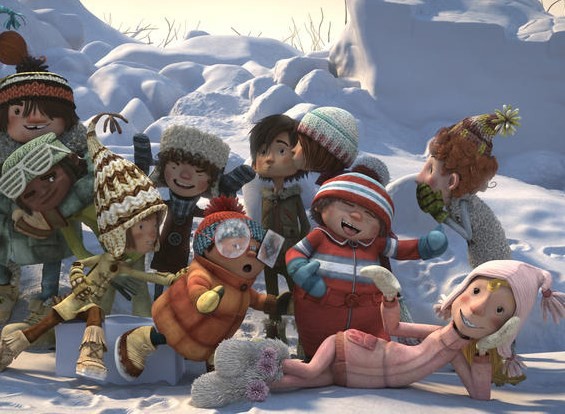 Luc, Jaques, Piers and Frankie live in the greatest city in the world. There are masses of snow, the best of friends, hardly any girls, and it is chilly and cold. Luc and Jaques are planning a big snowball fight against the opposing team of Piers and Frankie. Newly arrived Sophie, who Luc has cast an eye on, is immediately integrated into their competition. The aim of the battle is the conquest of a fortress specially designed by Frankie. The team which succeeds in conquering the fortress after a week will be the winners. Day by day, the children’s ambition is increasing, and the game becomes deadly serious. Initially Sophie decides to stay out of the battle, but then, the children invent more and more nasty traps to defeat the opposing side. Soon the previously enamored children Luc and Sophie face each other as rivalling “generals”. Several mediation attempts of friendly, peace-loving Nicky fail and even spur on the children’s ardent zeal.