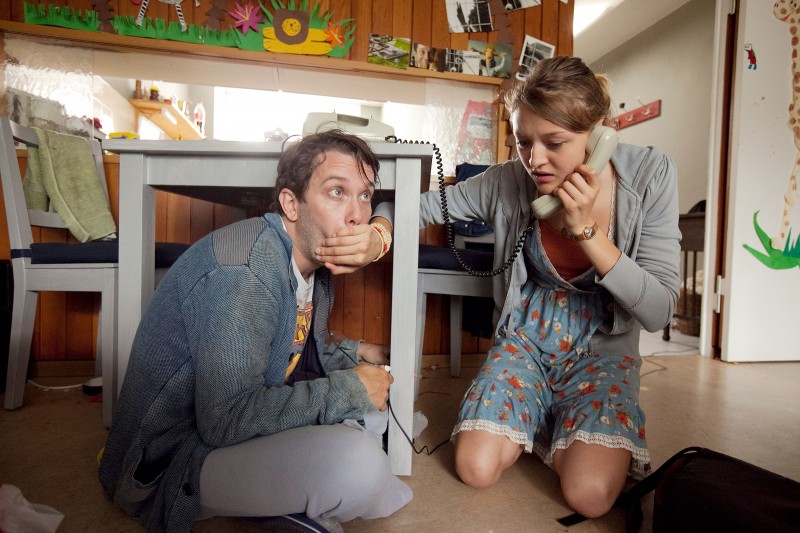 13-year-old Radost lives with her father Bruno. So far, they have always got on well. But now she is coming of age, while her dad has remained a child. Bruno has an innate intelligence weakness and is mentally disabled. During the day he fills shelves in a supermarket and Radost goes to high school, where she is one of the best in class. Only the teachers know of her father’s disability, and the two can always convince Mrs. Corazon from social services that all goes very smoothly in the family. Radost often has to take on the role of a guardian, but this does not bother the 13-year-old. Until she falls in love with the idolized musician Ben, her new classmate. Suddenly Radost no longer likes playing guessing games or going to the zoo with Bruno so he may pull faces in front of the monkey cage. Moreover, she is embarrassed not to have a “normal” father like everyone else. And she needs time – for herself and for Ben whom she gives private tuition in mathematics. But for Bruno it becomes a growing problem that his daughter is often not at home, and also behaving so strangely. So he begins to spy on Radost, and thus gets her into embarrassing situations. No one must know what kind of father she has. Especially not Ben!