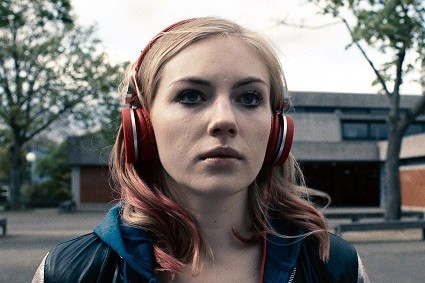 Lena is 17 and pretty tough. She still lives with her mother, who has just chucked her job with a disgusting used car dealer. Lena also dropped out of school and has a cleaning job in a large office. There she meets Muslim Farid and falls in love with him, although she does not really care about “Arabs”. For Farid, “bitches” are taboo as well, especially since his family strictly rejects a relationship with a non-Muslim woman. At first, the couple can keep their love secret, but then Lena becomes pregnant. Suddenly, important decisions have to be taken, but they both feel overwhelmed. While Lena is torn between keeping her child or not, her mother advises abortion. Farid would accept the child and marry Lena. However, she would have to convert to Islam. Lena could imagine this. She secretly rehearses the prayer rituals and goes to the mosque. But Farid’s family does not believe that Lena, of whom they think she’s a “slut”, could ever become a Muslim believer. And Lena’s mother does everything to stop her daughter from going to the mosque.