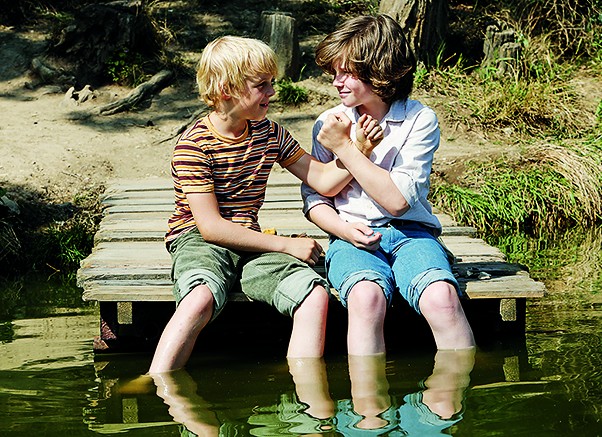 1979, Falkenwerder near the inner-German border: Fred and Jonas are ten years old and close friends, although their parents are so fundamentally different. While Jonas’ mother believes in God, goes to church and is critical of the policies of the GDR government, Fred’s father works with the customs, proudly shows his uniform and his belief in socialism. One day when Jonas’ mother files an application to emigrate, the world of the two friends collapses. For it is clear to them that they will be separated forever. And since they cannot fly over the wall like a boomerang, they make a plan: they will dig a tunnel through the centre of the earth to Australia, so they can always secretly meet there. They begin their work in an abandoned factory. After digging one or two meters, Jonas has disappeared one morning. He has left without saying goodbye! Fred feels betrayed by his best friend and has no idea that Jonas ran off at the border crossing and has returned to Falkenwerder...