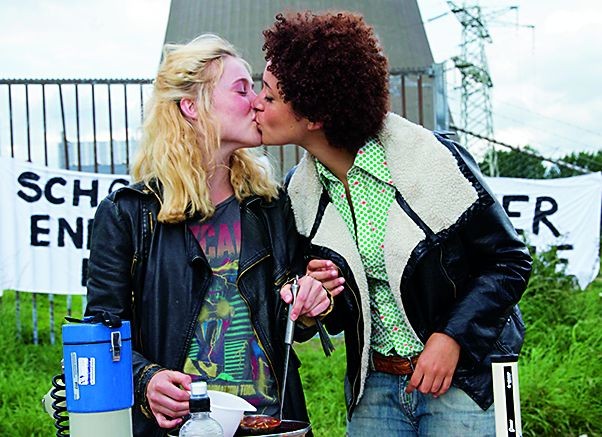 Before this summer, no one knew how much would change. Anne is a young woman, pretty, quiet and cheerful. She lives with her parents, her older brother Peter and her younger disabled brother in a village that lives on nuclear power. The power plant is located within sight; the young people spend their time riding their bikes through fields and forests, passing under the electricity pylons and worrying about nothing. But there are many concerns which are not addressed: The huge grievances that Anne and everyone else can see but no one talks about. The men work in the power plant and treat the women badly: They are beaten, as Anne’s aunt Dora, or raped, as Anne’s friend Ruby, or get pregnant without anyone asking question or intervening. The local residents balk at any kind of innovation and change. Anne sees it all and knows about the complicated situation. When her brother starts to fight back and moves out changes slowly begin to happen. The friends begin to fall in love with one another and try themselves out. Thus, a process of separation begins, and Anne soon realises that she no longer really belongs there. Her desires are different. When she meets Lena and hesitantly falls in love with the charismatic young girl she is assailed by doubts. Lena is new in the village and Anne has to clear a big hurdle because her parents are against this relationship. And yet Anne claims her right of happiness and breaks out.