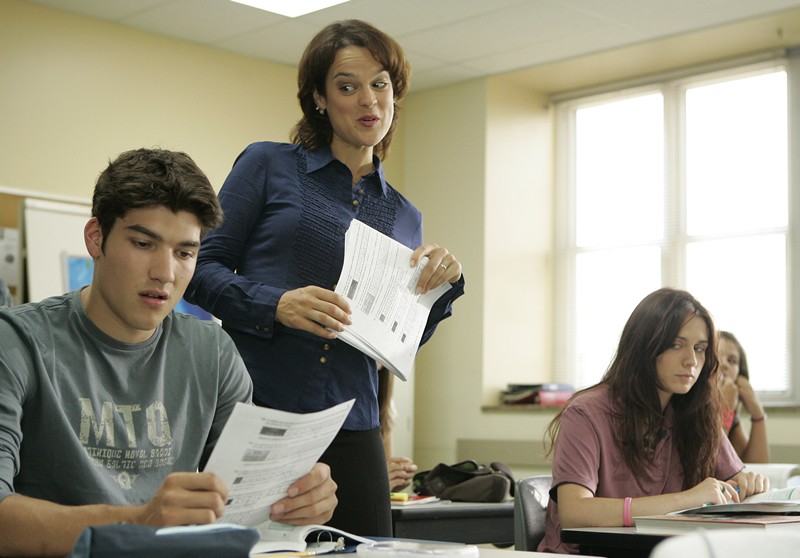 The teenager Gaby Roberge has attended Sainte Victoire High School for six years. Sport is an essential part of school routine, just as trendy music and flirting. Like her friend Frédérik Bédard she used to belong to the best swimmers of the school. But that was a long time ago. Five years ago Gaby burnt her thighs in an accident. Since this time she has had inferiority complexes. Gaby split up with her boyfriend, dissociated herself from her schoolmates and gave up swimming. She has not even entered the swimming pool. The sixteen-year-old only concentrates on her school qualifications in order to begin her university studies as soon as possible. There she hopes for a new start in every respect. At the beginning of the school year a new girl joins the class: Sandrine from Europe. She enjoys life, loves adventures, is interested in boys and wants to relish her last high school year. The headmistress assigns Gaby of all students to look after the new one. The new girl is just the opposite of Gaby. But gradually the girls make friends. Gaby learns from Sandrine that everyone is responsible for his own fate: Only if you believe in life you can enjoy it. And actually Gaby still likes Frédérik. But will she be able to overcome her feelings of inferiority and participate in the swimming championship?