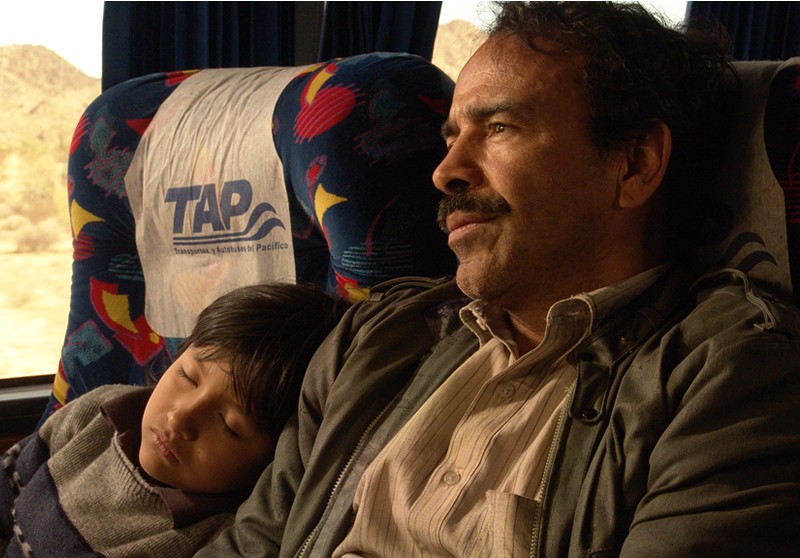 Teo was born in Oaxaca, Mexico, and grew up with his uncle. He does not know his father because Wenzeslao served a prison sentence for many years. After his release, he first goes to meet his son. He wants to take the boy with him to the USA. They hope to start a new life after crossing the border illegally. Although it is very difficult for Teo to leave his familiar surroundings, he comes along without resistance. On the long car ride to the Mexican-American border father and son slowly get closer. At a prearranged place, they meet Chuy. He is called “Coyote”," one of those who illegally smuggle people across the border. Although Chuy is only slightly older than Teo, he takes over the dangerous routes from his father, who is the leader of the smuggling gang and pays him some pocket money for the job. When they cross the border, "Bajadores" attack the group. These robbers separate Teo and his father. Chuy takes Teo with him and back to the Mexican border village. He shows him where illegals meet who have lost sight of each other in the nocturnal border crossings. But Teo waits in vain. He finds fresh hope when a dehydrated man arrives in the hospital. But he is not the right one. Chuy wants to help his new friend. He organizes a new way to get across the border. But again, everything goes wrong. The children are left alone in the desert and get lost. But they are rescued and Teo returns to his uncle.