The Adventures of Huck Finn 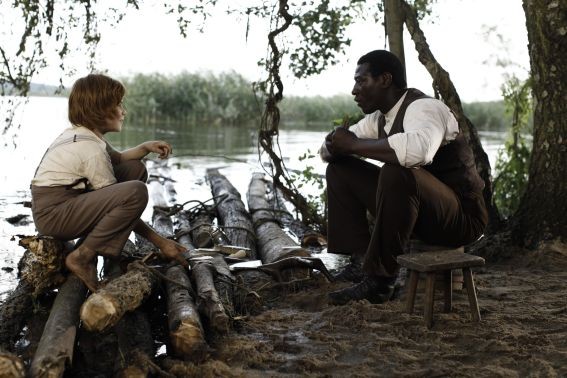 Tom Sawyer's best friend, Huck Finn, is the focus of this film based on the world-famous youth book by Mark Twain. Since the two recovered a valuable treasure during their last adventure in the small Mississippi town of St. Petersburg, they have been rich. Huck is living with Miss Watson and the good-natured widow Douglas, and he even goes to school. But the friends have not become “well-behaved, decent guys” so far! They repeatedly cook up pranks until Huck is caught by a blow of his bitter past. Old Finn turns up in St. Petersburg in order to get his son’s treasure. Huck, however, has already sold it to his confidant, Judge Thatcher, for one Dollar because wealth restricts people’s freedom. But his always drunken father insists that Huck annuls the business. So the boy has no choice but to flee. On the way he meets Jim, the amiable and intelligent house slave of Widow Douglas and Miss Watson. Jim is also on the run because he rightly fears that Miss Watson might sell him off to greedy slave traders. Now he hopes to reach Ohio, to live there as a free man, to work and get paid so that he can buy back his wife and child. Huck and Jim set out on the somewhat dangerous journey in the end of which - after a few hurdles – the two make friends.