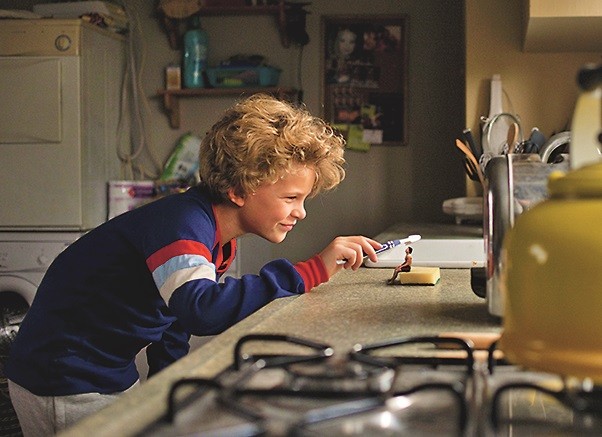 Nine-year-old Johannes has often felt quite lonely since his mother died. His father Blom is only concerned with his work, while his twelve-year-old, pubescent sister Nella Della is constantly moaning. If only Johannes could have a friend! And then it happens. One evening in the kitchen, Johannes discovers a little young man, no bigger than his hand. He introduces himself as “Wiplala” and can do magic, or “tinkle” – as he calls it. Johannes lets Wiplala sleep in his bed, and his new friend tells him he fled from his kingdom because he masters the art of tinkling quite well indeed, but tinkling back only very moderately. In fact, Wiplala transforms the poet Arthur Hollidie into a stone statue. Now Johannes has to share his secret with his father and Nella Della. But before they can devise a plan to save Arthur, Wiplala feeling in an emergency situation commits another tinkling act by transforming them into as little creatures as him. Chairs, tables and doors become insurmountable obstacles for the three of them, so the rescue mission seems hardly possible.