The Best Things in the World

As melhores coisas do mundo 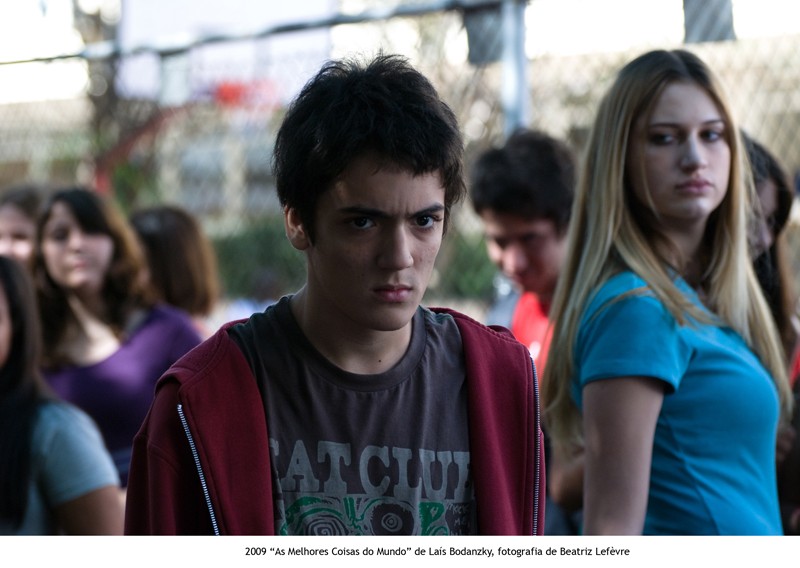 Based on the book series “Mano” by Gilberto Dimenstein and Heloísa Prieto, there is 15-year-old Hermano in the focus. Mano, as he is called, lives in well-to-do circumstances in São Paulo. He is a real city boy – no longer a child but not yet an adult. He plays the guitar, loves parties, flirting with girls and hangs out with his friends. His life could not be better. But then his parents separate. Horacio, his father, leaves the family. But not for another woman, he wants to live with a man. Mano and his older brother Pedro are appalled by their father’s coming out. Above all, they are afraid this fact might leak out to their fellow students – who place all news instantly on the Internet. Horacio, however, expects his sons to deal with it openly, so he does not prevent his new boyfriend Gustavo from attending a theater performance in their school. And while Pedro consistently breaks off contact with his father and retreats into himself, Mano faces the situation. Gradually he begins to see the world through different eyes and to grow up ...