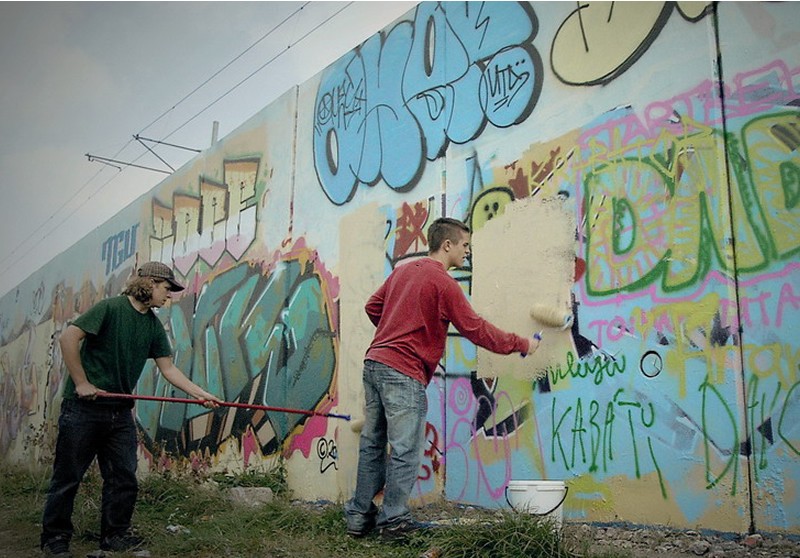 Petr grows up living with his mother. She and his father, headmaster of the local grammar school, have been divorced for a long time. But they still do not get along with one another and always make mutual accusations when it comes to the upbringing of their son. And a great deal is going wrong here indeed. Petr attends school only sporadically. He is far too tired to follow the teacher’s remarks because he and his friends have to recover from their nightly graffiti tours of Prague. These are not only adventurous but also dangerous. Whether on roofs or in underground shafts - no location seems inappropriate for spraying. Prosecution by the police provides an extra kick. There is a continuous conflict between parents, students and teachers. Just before the situation escalates, young teacher Tom intervenes. He tries to understand his students. He thereby gets into trouble with the entire teaching staff. But he is convinced that his strategy will be suitable for establishing a dialogue between all stakeholders.