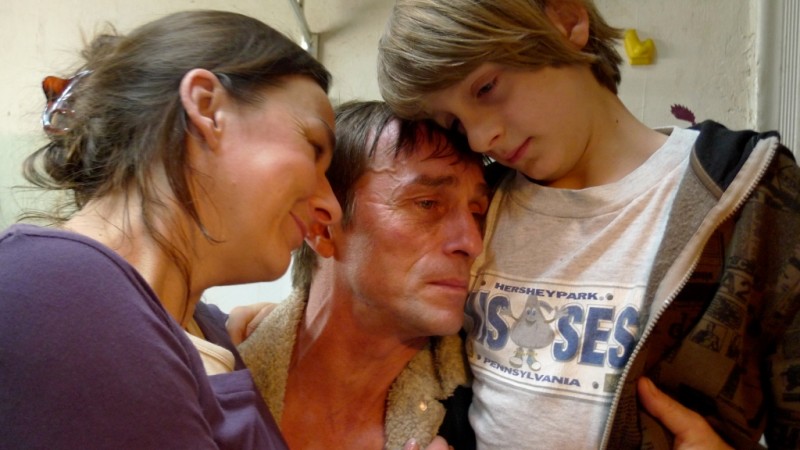 Childhood is over for 11-year-old Jakob. Father Jürgen and mother Silke are unemployed and have long since capitulated to their alcohol problems. Violence, vociferous dispute and tender moments alternate in the family. Grandma Rosemarie is the only one who seems to gives the chaotic life of the family a bit of comfort. And there is Hannah, Jakob's girlfriend from a good family, who stands by him despite her parents’ lack of understanding and bullying by classmates. The film tells the tragic family life in flashbacks up to the disaster when Jakob's father commits suicide in their flat. As his mother is in hospital, Jakob tries to hide Jürgen‘s death in order not to be sent to a children’s home. For two weeks he lives on his own with the corpse in the flat. But in the end, the façade can no longer be maintained and the house of cards collapses. Jürgen’s corpse is discovered and a new life begins for Jakob ...
The film tells a true story based on the portrait of a family who do not stand a chance, one of the families that already exist in large numbers in our society. It demonstrates how a changing social situation dramatically affects the social existence of people.