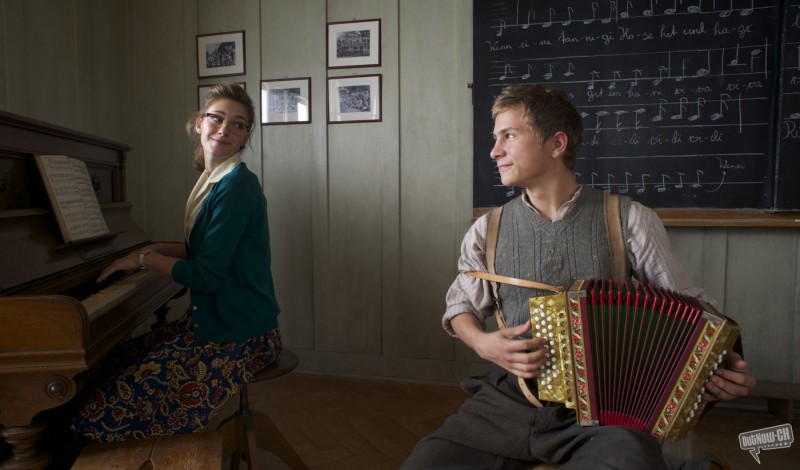 Emmental, in the 1950s: Twelve-year-old orphan boy Max from a children's home is placed into the Bösiger farmer family as a foster boy. From 1800 to 1950, the authorities in Switzerland officially sent foster children, mainly orphans or children of divorce, to interested persons, mostly farmers, who exploited them as cheap labour, maltreated and abused them.
This is what happens to Max and 15-year-old Berteli, who was taken away from her single mother. Their life with the Bösiger familiy consists of hard work, hunger and violence on the part of the family. The fact that another foster boy died under mysterious circumstances on this farm recently is of little interest to the priest arranging the placement. So Max and Berteli have to fend for themselves. Their only support is the new teacher, who teaches with a lot of understanding for the students and is particularly committed to the child labourers. She encourages Max, who can play the hand organ wonderfully, to trust his talent, and she arranges a public performance for him. Soon Max dreams of emigrating to Argentina with Berteli and of earning his living as a musician there, until something terrible is being done to his girlfriend.