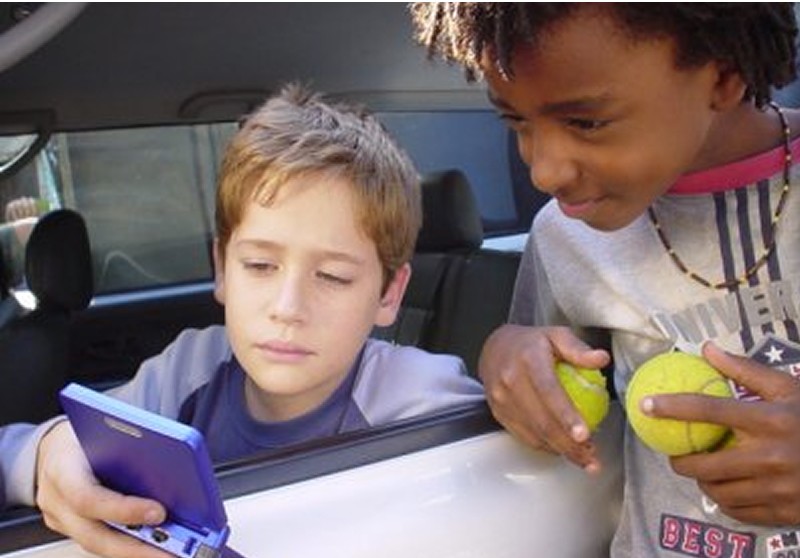 Leonardo’s family is rich. Every day the boy is taken to school by car. And the car always stops at the red traffic light where children from the poor part of town juggle and perform various tricks in order to make money. Every day Leonardo looks forward to exactly this moment. He would love to get out and learn some of the tricks. But the driver does not permit it. The 11-year-old finds an opportunity all the same. When he meets street urchin Kiko, the two boys take an instant liking for each other. While Leonardo absolutely wants to learn to juggle, Kiko is interested in the gameboy. Leonardo shows him how to play it and borrows him the toy so that Kiko can practice. Leonardo’s mother forbids her son this contact. She is full of prejudices and pays attention to their social position. When she learns that her son borrowed his new gameboy to the street urchin Kiko, she makes a terrible scene. One day later Leonardo runs away from school and looks for these children. In the meantime, the gameboy has been stolen from Kiko. The two boys start searching for the thief. Kiko does not want to disappoint his friend under any circumstances. And Leonardo, who trusts his new friend, certainly does not want his mother to be right in the end.