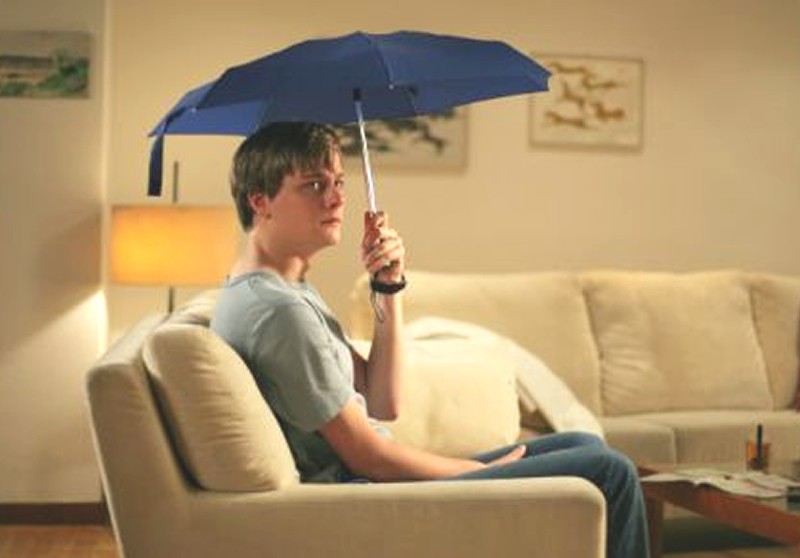 Right at the beginning of the film we see Tom with an umbrella. But it is not raining at all. Tom has a very pronounced rain phobia, even a tiny little shower makes him hide away in the house. But that's not all. All his life he has been plagued by numerous allergies. And he is very shy. The reason for Tom's strange behaviour is his family, especially his mother. Over the years she has developed a supernatural hyper-eco-mania. She serves only the very best organic food. Once the latest news on frozen food is published, she disposes of the entire contents of the freezer. Despite his handicap, Tom is the only normal one in this house. One evening during a thunderstorm a giant ice block falls on the roof of the family home. The family immediately evacuate with military precision to an air raid shelter in their garden. Tom, however, seizes this unique opportunity for reordering his life. He wants to face the normal risks of life. And he is in love for the first time. Tom's mother does not want to accept her son’s decision. She tries to manipulate him from the bunker. Nothing is too embarrassing for her. But Tom has discovered true life and love, too.