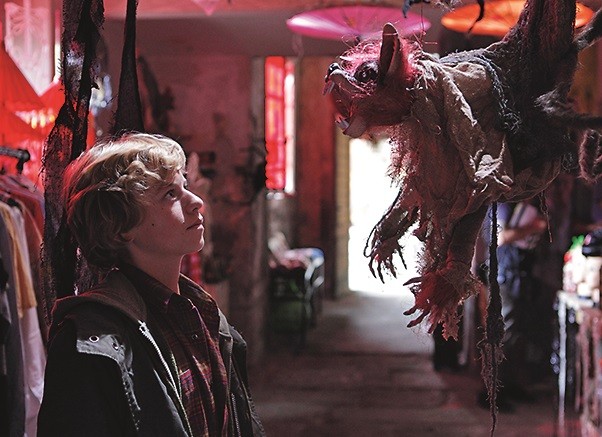 Michele is an unremarkable boy who has few friends and at school is not a high flyer. He lives in Trieste, Italy, with his mother and his little sister and would already be happy if beautiful Stella paid attention to him and returned his affection. However, when Michele appears in his ridiculous Chinese superhero costume at a Halloween party and is exposed by his classmates as a secret admirer of the girl, the shy 13-year-old wants nothing more than to become invisible. When looking into the mirror the next morning, he discovers that this wish has actually become real overnight. From now on, Michele's life is an adventure, as only real superheroes know it. Some of his schoolmates mysteriously disappear, and he himself is being watched by a mysterious stranger. His new ability of being invisible does not only help him to solve the mystery of the missing children, he also sheds light on his own family history his mother has always made a big secret of.