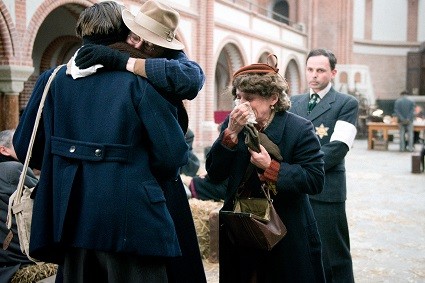 The film takes us back to the year 1942: The Second World War has shaken and destroyed Europe for three years already. The Jewish population is deported and killed in Germany and the occupied territories. In Berlin, the capital of the “Third Reich”, however, 7,000 Jews try to hide and stay under the radar of Gestapo, SS and denouncers. Four survivors are interviewed and their stories reenacted in scenes. These include young Hanni Lévi, who takes on a different identity with her hair dyed blond. Cioma Schönhaus forges passports for other Jews and can lead a hidden but comfortable life with the money. Eugen Friede pretends to be the son of a German family at daytime, at night he distributes leaflets against the Nazis. And Ruth Arndt, posing as a war widow, finds shelter with a Wehrmacht officer. Besides the horrors of this time, eyewitness accounts focus on moments of humanity: for they did exist, some Germans showing heart and courage.