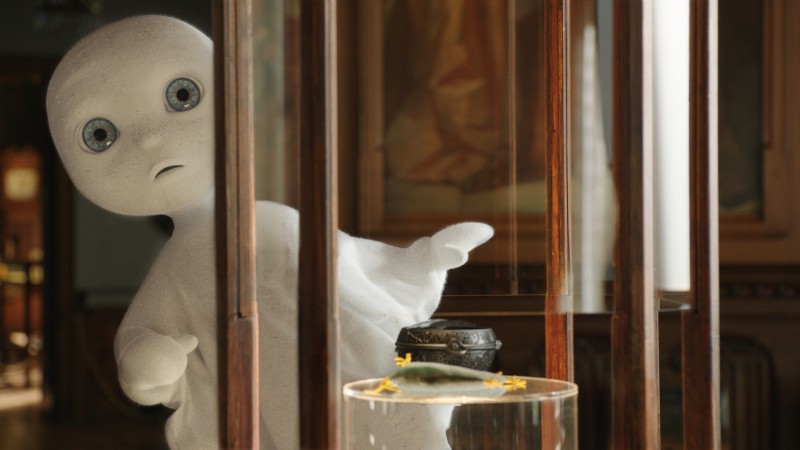 Every night, with the twelfth stroke of the clock, the little ghost of owl stone castle wakes up and goes exploring. At one o’clock sharp - without meaning to - he is dead tired and falls asleep in his oak crate in the attic. But the little ghost would love to haunt the castle at daytime. His friend, the eagle owl Shuhu, can not help either. He only knows that every ghost has a clock that governs his time. So the ghost sets ahead all clocks and... it actually works! He wakes up at noon and sees the world in the light of the sun for the first time. But then something strange happens – the sun’s rays dye him jet black. But it gets even worse! Now the ghost is visible to all people and fear and terror spread throughout the city. Even the parade on the 375-year celebration of Eulenberg city is messed up. The fire department and the police are already looking for the "black stranger", so what is the little ghost supposed to do? Can the eagle owl Shuhu or the children Karl, Marie and Hannes help it to become a night ghost again? The movie is based on the classic children's book by Otfried Preußler from 1966.