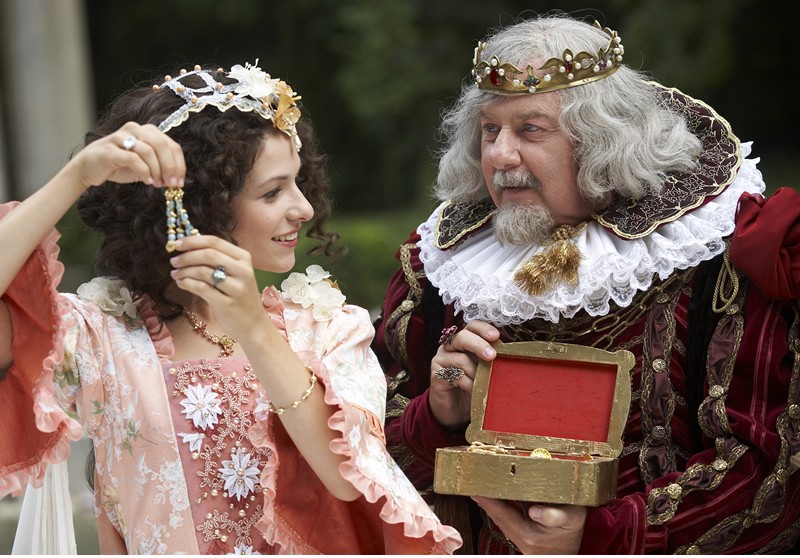 Mateˇj works as a servant for a rich farmer. He has been in love with the farmer’s beautiful daughter Majdalenka for a long time, and she loves him. But the farmer does not agree to his daughter marrying a servant, so he fires Mateˇj. On his travels, Mateˇj learns by chance that the king wants to marry his daughter Rozmareˇna to the man who is able to solve three riddles. When Mateˇj enters the contest, nobody expects him to win. And still, he is promised money instead of the king’s daughter. The former servant is a clever young man and the riddles are easy. Although Rozmareˇna sets traps all the time to make it impossible for the participants to solve the riddles, Mateˇj solves even the most difficult and lovliest riddle. But when he comes to claim his prize, he is refused the money. He is disappointed and moves on. However, Mateˇj does not really want to put up with the dilemma he is caught in. He needs the money to marry his beloved Majdalenka. Then he meets a soldier of the king ...