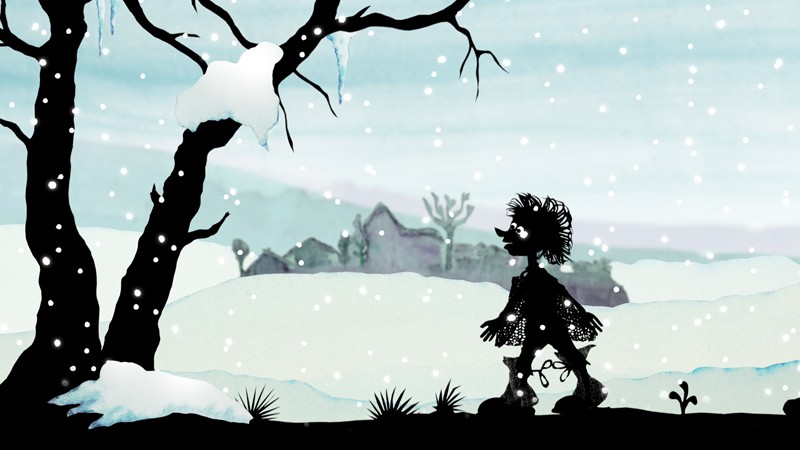 Lusatia, at the end of the Thirty Years’ War: the little orphan Krabat has to make a living on his own. People call him names, such as “loafer” and “goodfor-nothing”. Until he passes a poor shepherd's house on his way to Eutrich and the shepherd’s wife takes him in. Krabat has finally found a home again. In summer he tends goose and goat, and in winter he goes “collecting the oven interest”, as the Sorbs say, i. e. begging. But Krabat would love to learn to read and write, so during his second winter he hikes to Kamenz in order to seek an apprenticeship. In a cold, eerie January night, black croaking ravens lead him to the Black Mill. The miller allows him to start an apprenticeship and promises to teach him reading Koraktor, “the book of books”. Krabat enthusiastically signs the contract and after some initial hesitation, he seals it with a drop of blood. Krabat recognizes too late that the master is an evil sorcerer, who trains his twelve apprentices in black magic. But not only that! Once a year, in a night of January, the Black Miller sacrifices one apprentice and no one knows who is next. Krabat cannot annul his contract any more, unless he finds someone who loves him unconditionally. This animated film in silhouette technique is based directly on the Sorbian legend of Krabat, as published in Dürr's collection of German legends in 1918.