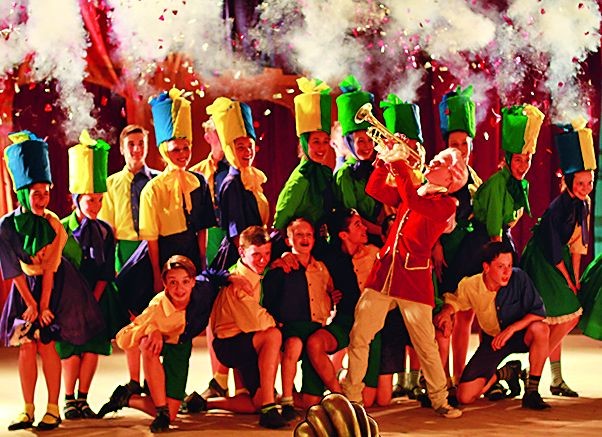 Kolya from Kiev is 13 years old and can blow the trumpet better than most other musicians. He plays in the school’s brass band “Berezil” and even writes his own music. Just as the little orchestra has decided to compete in a contest for the prize of the mayor, the popular band leader, Vasil Pavlovich, breaks a leg and is hospitalised. The new band leader – a certain Gamkalo – is a cunning bureaucrat who tries to lead the band with military discipline. When he even discards any kind of creativity, Kolya and the others declare war on him by staging a musical full of singing and dancing.