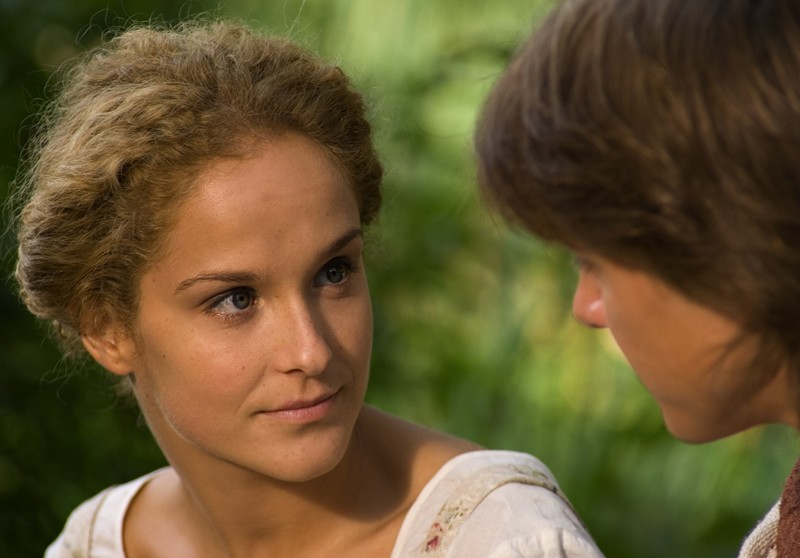 Three deserters are searching shelter for the night in a castle ruin. They do not know what the future has in store for them. They live here and now. All three are very surprised when they find a long table richly laid for a meal in the middle of the castle hall. There are the most delicious dishes and plenty of wine. The hungry soldiers sit down. Suddenly three veiled girls appear. They offer the soldiers to spend this one night with them in the castle. The conditions are: The soldiers must not lift the veils or touch the sweet creatures. The next morning, two of the three soldiers have become stone figurines standing in the courtyard. They obviously could not control their fingers. Jacob, the most sensible of all, is desperate. Suddenly one of the girls appears wearing a beautiful red dress. She hands Jacob a falcon feather, which may perform special magic. At the mere request of its owner, the feather can revive three dead people. Jacob has to move on before he can liberate his friends. On his way, he meets Anne. They fall in love with one another and flee, because her father, the rich farrier, wants to marry his daughter within his social class. The magic feather has to be used three more times before Anne and Jacob finally become a couple and Jacob’s friends are set free.