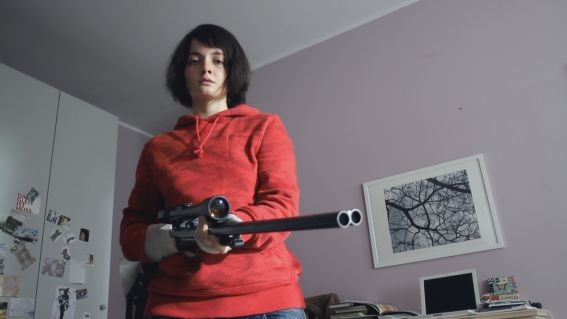 A year ago, 16-year-old Luca Reich shot two people in her school. Now the trial begins. But she is silent. How do her parents, her boyfriend, relatives of the victims and the people around her deal with this monstrous act, how can life go on in this small town? Who finds the answers to all the unanswered questions?
Her father is keen to forget and not let his marriage break up. He is also fully engaged in preparing for his own trial for manslaughter. He is accused of not having properly locked up his hunting rifle that Luca used to fire the fatal shots. Her mother Katharina on the other hand wants to find out Luca’s motives. But in her search she comes across tracks that destroy her entire world view and ultimately cannot be understood. Julius however, Luca’s only confidant in the time before the shootings, has a strong feeling of guilt. He had asked her to finally do something because he could no longer stand her hatred of the “fucked-up system”. And there is the family of the shot teacher Anna Nagel living in town too. They struggle in vain to cope with the loss.