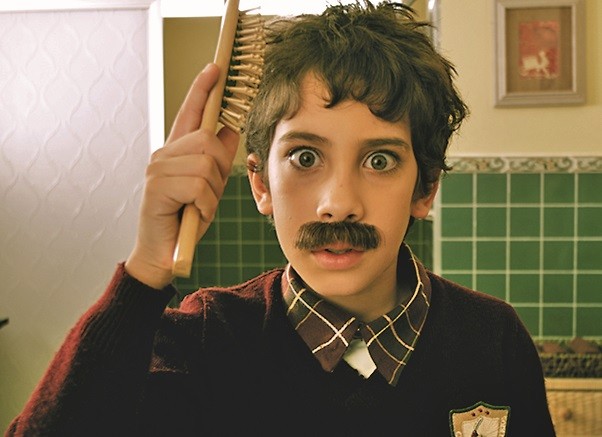 Nine-year Ulises is convinced he can only overcome the difficult period of childhood if he behaves as inconspicuously as possible. His best friends Marcelino and same-aged Lula share his view, so they found the club of the “Invisible”. But then something incredible happens: One day, Ulises wakes up with a mustache. He goes to school with a patch over his lip as he fears being ridiculed by his classmates. But exactly the opposite occurs: Ulises is adored by everyone, even by Lucy, the most beautiful girl of the class. Whatever task the shy boy sets his hand to, he succeeds in everything. On the recommendation of his uncle Fabian, he is even invited to join the Secret Society of the 10,000 moustaches. Suddenly Ulises enjoys being no longer inconspicuous. When his fellow student Joel even suggests managing him so they can shovel in money together, the bearded nine-year-old is very satisfied with his childhood. However, faced with so much fame, he gradually seems to forget his two best “invisible” friends ...