Vanishing Time - A Boy Who Returned 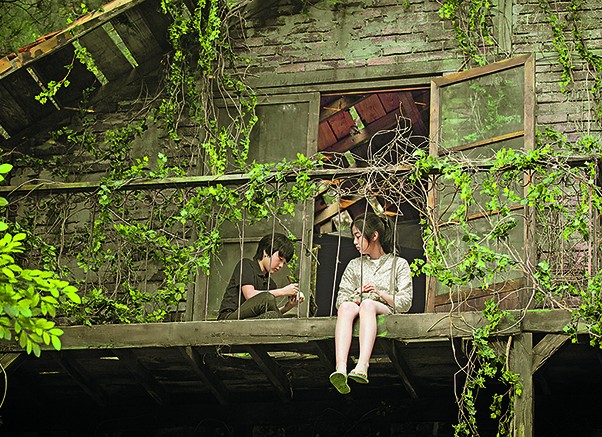 14-year-old Su-rin, who is interested in ghosts and supernatural powers and therefore laughed at by her classmates, is in love with Sung-min one year her junior. They write each other letters in cipher. One day, together with their friends Jae-wook and Tae-sik, they discover a cave with a small underground lake in the forest. At the bottom, there is a beautifully shining golden egg. Sung-min dives for it, and when he reaches the water surface with the egg, it stops shining and it gets pitch-dark in the cave. Outside, Tae-sik remembers his grandfather and his story of the golden egg and of a goblin that turns children into adults. Suddenly a huge explosion shakes the forest. When everything has calmed down, the egg is shattered in thousands of pieces in front of the cave, and the boys have disappeared. Feverishly, the police look for the children. They do not believe a word of the only survivor who tells them about the golden egg. One day, however, a young man appears in the village and claims to be Sung-min...