When Inge Is Dancing 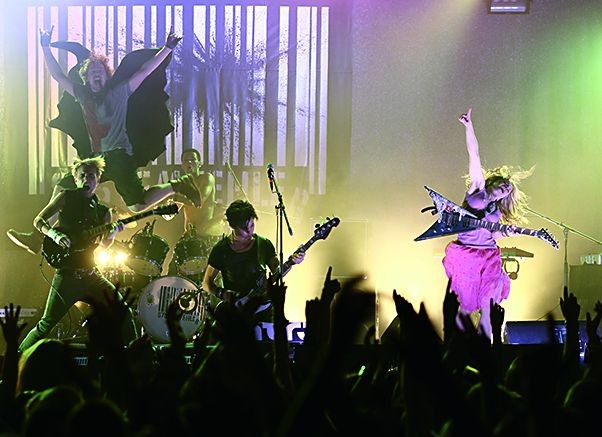 The young musician Max and his friends Joscha, Lukas and Fabio dream of finally making it big with their indie band called “Systemfehler”. They have already one big hit: “When Inge is Dancing”. Max has “borrowed” the name Inge from his greatest enemy: his classmate and eco-warrior Inge, who really grates on his nerves with her classical guitar plucking and precocious sayings. The “party pooper” and “eco bitch” – as Max calls her – incessantly insists on the band no longer playing the title. But it is this very song that gives the musicians the chance to play as the opening band of a big concert and thereby achieve their breakthrough. But there is a “system failure” somewhere. The band slips from crisis to crisis: Fabio has to look after old Hildegard sitting in a wheelchair to complete his community service, and Joscha, the guitarist, is injured shortly before the performance. With a torn tendon on his left arm and a broken capsule on his right, he will be sidelined for several weeks. What now? Max's uncle Herb, a former famous pop singer now preparing his own funeral, has an idea: His extremely talented guitar student could step in. But that is Inge of all people.