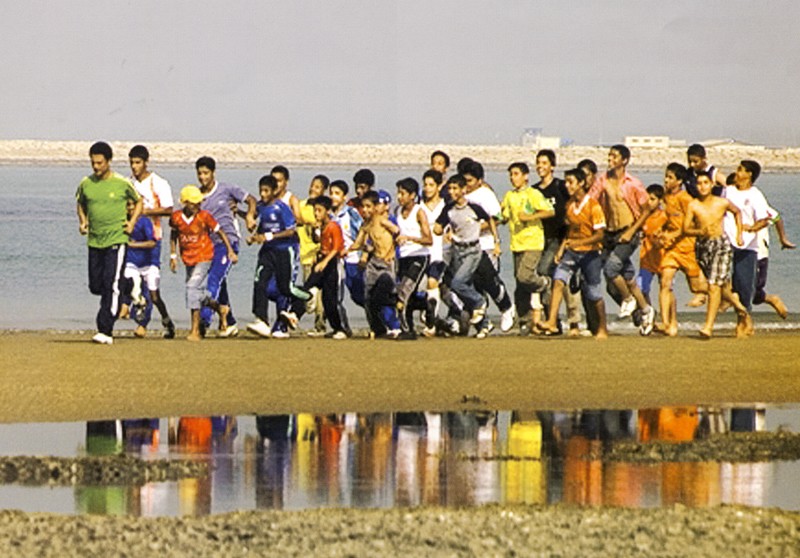 Gym teacher Payam Amiri is an educator through and through. He seeks the challenge and he encourages his students to always stand up for each other and develop team spirit. Amiri has started a position at the venerable Saadat school in Bushehr. He quickly stands out due to his unconventional teaching methods. His colleagues respect him for his commitment and even the school principal is more than impressed by the views and the reliability of the newcomer. The students are also enthusiastic about their teacher. Since the school does not have its own team, Amiri wants to set up a football team. He does not have to look far for potential players. The boys are excited about this idea. As an incentive, Payam Amiri buys footballs and provides each child with a pair of white sneakers. The boys practice every day. They run great distances, usually along the coast. But this seems to disturb some people in the city. Shortly after his arrival in Bushehr Payam Amiri had already found out that the residents are involved in smuggling operations, including one of his proteges. When Amiri speaks to him and deflects him from this activity by giving the young man a job, the gang is upset. They attack the teacher and take him prisoner. The next morning, the students wait for their teacher in vain and he does not come back on the following days either. So the school starts searching for the missing teacher.