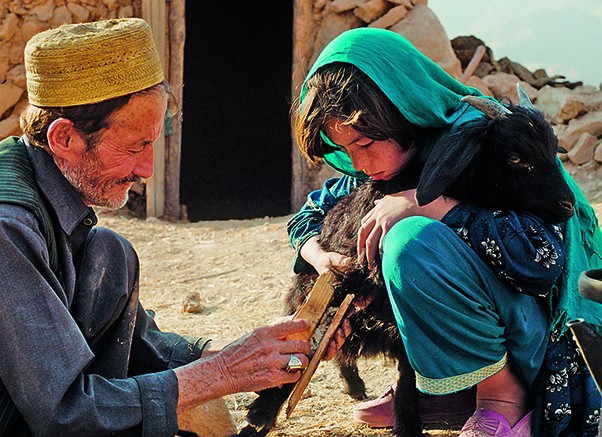 In a remote mountain village in Afghanistan, people traditionally live off their herds of sheep. The children work as shepherds and drive the animals up the mountains day by day. The girls are separated from the boys, contacts between them are strictly forbidden. And while the girls are playing wedding in the pasture grounds, telling each other stories and gossip from the village or smoking corn stalks, the boys use their stone slingshots to chase wolves. There are wolves up in the mountains. Sometimes they attack their herds of sheep, and then the children get a scolding and a beating from the villagers in the evening. Two of the young shepherds usually stay apart from the others: eleven-year-old Sediqa, of whom people say that she is cursed, and Qodrat of the same age. He is mocked because his mother is to get married again after his father’s death – to an old man who already has two wives, and she is to bear him the desired heir. Sediqa and Qodrat secretly befriend each other, make cords together, practise with the slingshot or bake potatoes in the fire. Until Qodrat has to leave the village...