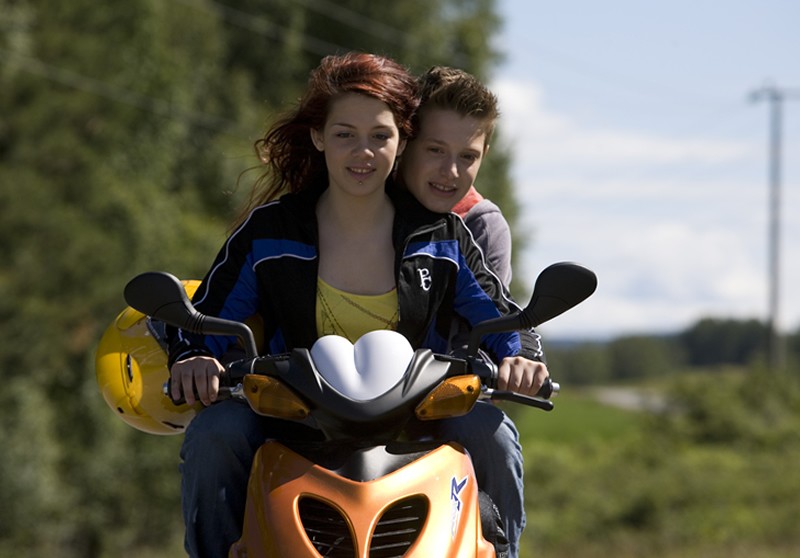 At the beginning of the film we are in a wardrobe with the 15-year-old protagonist Dag, called "Daggi". Out of anger, hatred and despair he sets fire to a garment. He can no longer endure the humiliations that befall him in his foster family, in particular by their son. Dag did not intend, however, to burn down the whole house in this action and, moreover, his foster brother dies in the flames. Dag comes to a new foster family, who live in the countryside. He finally wants to forget what happened. But he cannot distract himself in this boring wilderness. Again and again the horrible images of the fire appear before his eyes. He is becoming a social loner. If someone comes close to him physically, Dag flips out, ready to resort to violence. His environment finds it hard to deal with him. When Dag is in danger of his past catching up with him, he does not want to stay in the new family any longer. He wants to go back to Oslo. Then he meets tough Gloria and falls in love with her. After a long time, he allows someone to touch him again, though just cautiously. But soon he is beside him again and even Gloria seems to give up.