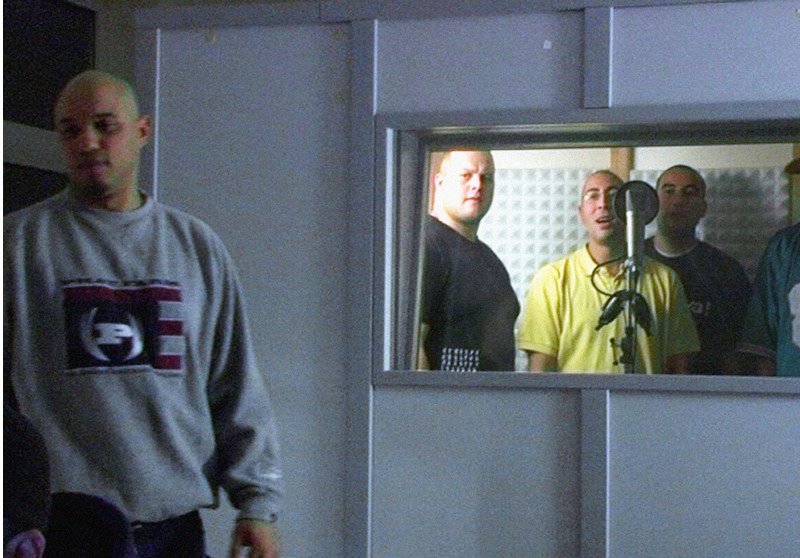 Adé grew up in Nigeria. When he was 16, his father was brutally murdered. The German mother moved back to Cologne with her children. D-Flame comes from Frankfurt/Main. When his single mother could not cope with him any more, she put him into a home. Mamadee spent her childhood in a village near Zwickau. She first came into contact with discrimination and right-wing violence after the political change in East Germany. D-Flame, Mamadee and Adé met for the first time in Dessau where dark-skinned Alberto Adriano had recently been brutally beaten to death by three young people. The general lack of understanding, the deep mourning and their own experiences motivate them to fight against racism. The association “Brothers Keepers“ is founded, which primarily supports victims of violent acts by right-wing extremists. The largest public attention has been caused by the associated “Brothers Keepers“ music project. Ninety mainly Afro-German artists, e.g. Xavier Naidoo, Samy Deluxe, and producers have been committed to this project. Director Sven Halfar portrays D-Flame, Mamadee and Adé. All those involved meet at a very personal level.