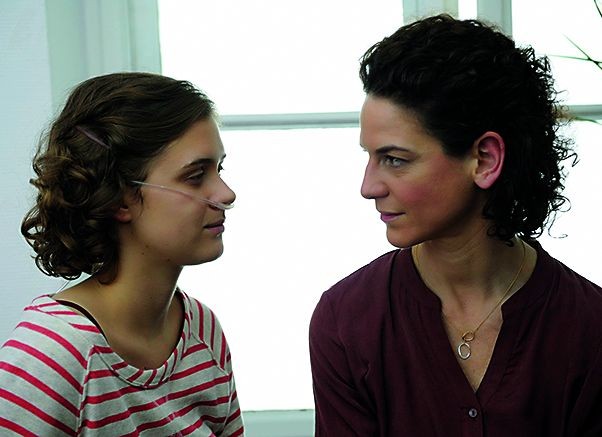 “Someone said happiness is just a matter of proper perspective” says 17-year-old Lea and lists the advantages of her life: “Who has an own chauffeur service already at my age? Who goes around with 20 liters of private oxygen?” Lea suffers from cystic fibrosis, an incurable metabolic disease that has affected her lungs. She has been fighting bravely against the extreme shortness of breath for years; she accepts the fact that she can barely climb stairs and already needs a wheelchair for longer distances. But she knows she is bound to lose this fight – just as her older brother did a few years ago after lung transplantation. Therefore she has refused surgery. Now she has only weeks, perhaps months, to live until she “slowly suffocates”. Lea is fed up to the back teeth and decides to depart this life with the support of a Swiss assisted suicide organisation. She secretly travels to Zurich to go through the required formalities. Her mind is made up, but Lea can not die without her family. Neither her mother, who has cared selflessly for her for all these years, nor her sister Rita, nor her grandma Marie knows about her plan. Lea invites them to Zurich by text message to allegedly celebrate her birthday with them...